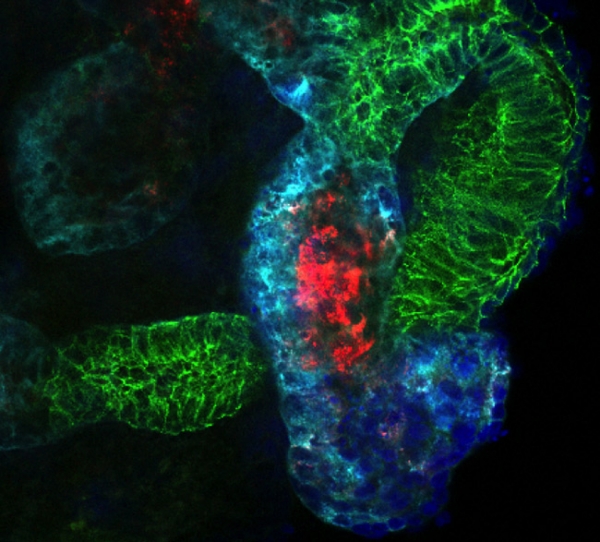 The kidney possesses the intrinsic capacity for repair after injury but whether adult kidney stem cells are responsible for epithelial regeneration is unresolved. During nephrogenesis, renal epithelia develop from precursors located in the metanephric mesenchyme that condense to form the nephron. Persistence of such cells in the adult could constitute a stem cell niche available for repair of damaged kidney. We evaluated the potential role of bone marrow derived stem cells in repair and concluded that these cells do not play a major role as precursors of the new epithelial cells with repair although they may have significant paracrine roles. Attention is now focused on the identification of intrarenal stem/precursor cells that may participate in repair. Genetic lineage approaches are in place and have provided a great deal of insight into the source of the cells that replace the dead cells. Other experiments are devoted to defining the factors responsible for directing embryonic stem cells down the kidney lineage. Bioengineering approaches are employed to understand the optimal cell-environmental interactions that optimize kidney cell differentiation in vitro to develop kidney assist devices and in vitro approaches to kidney toxicity prediction.