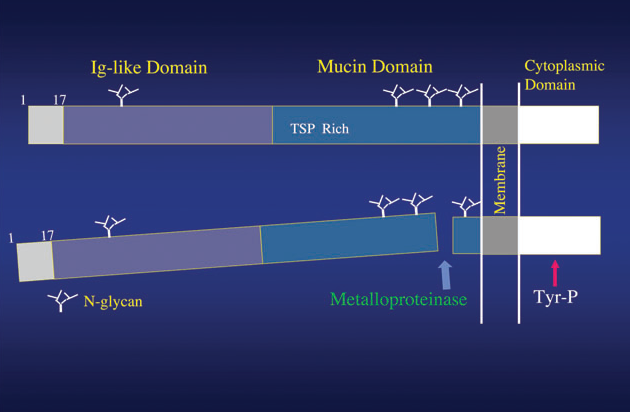 Reliance on current measures of renal dysfunction, such as serum creatinine and blood urea nitrogen, has contributed to the slow translation of basic science discovery to therapeutically effective approaches in clinical practice. Insensitivity of commonly used biomarkers of renal dysfunction not only prevents timely diagnosis and estimation of injury severity, but also delays administration of putative therapeutic agents. We have cloned and characterized Kidney Injury Molecule-1 (KIM-1) as a very sensitive and specific biomarker of proximal tubular injury in a variety of species including man. The role of KIM-1 in the injured kidney is being explored using genetic and cell biological approaches and the role of this biomarker in a large number of kidney diseases in rodents and man is being evaluated. The laboratory serves as a Biomarker Core facility evaluating a number of urinary proteins that have been identified that are potential sensitive and specific biomarkers for kidney injury. Further characterization of these candidate biomarkers will clarify their utility and define new diagnostic and prognostic paradigms for AKI, facilitate clinical trials and lead to novel effective therapies. Thus, we are positioned to soon have clinically useful biomarkers which, either alone or in combination, will facilitate earlier diagnosis, earlier targeted intervention, and improved outcomes.